Large puppets are a great way to involve a community group in a parade project.

We have a few large puppets that are available for hire (such as the Orange Blossom Festival puppets), other are kept by the communities that made them, such as the Warrior Empress (Hills Chinese Community Association) and Namut and the Fishers Ghost puppet made for the Fishers Ghost 50 Anniversary in 2006 and used ever since. 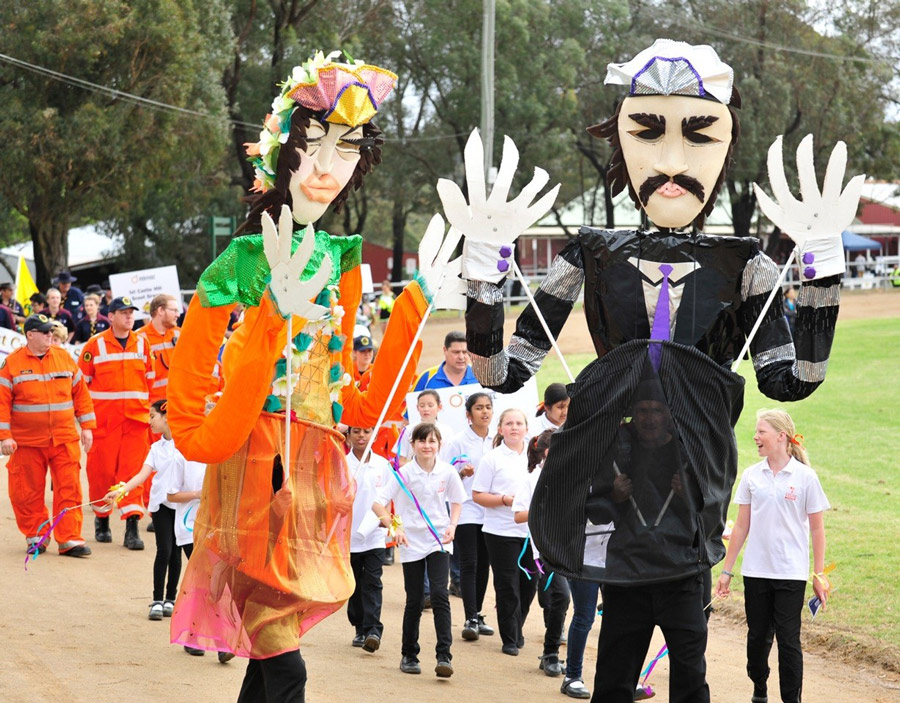 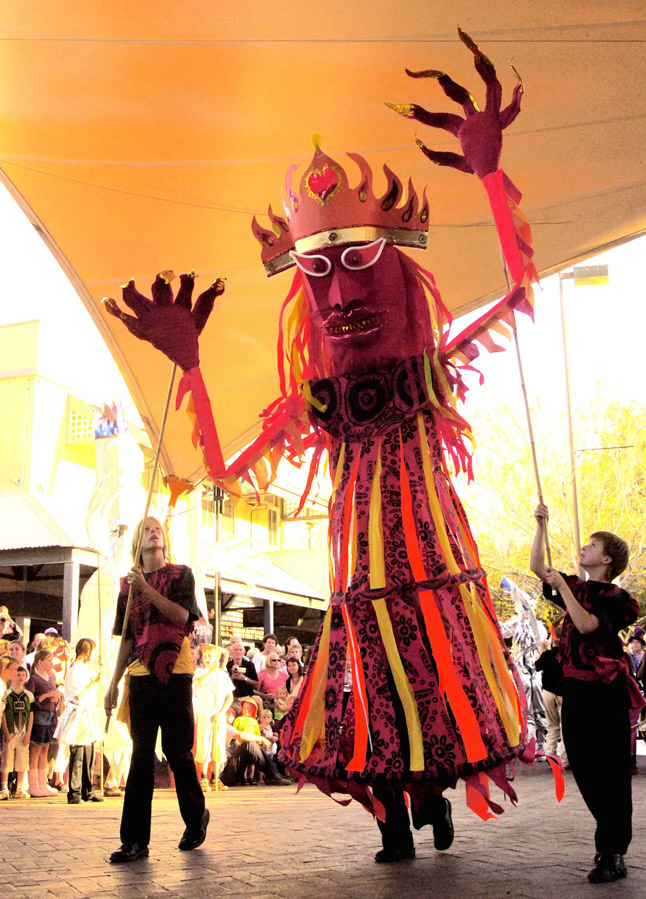 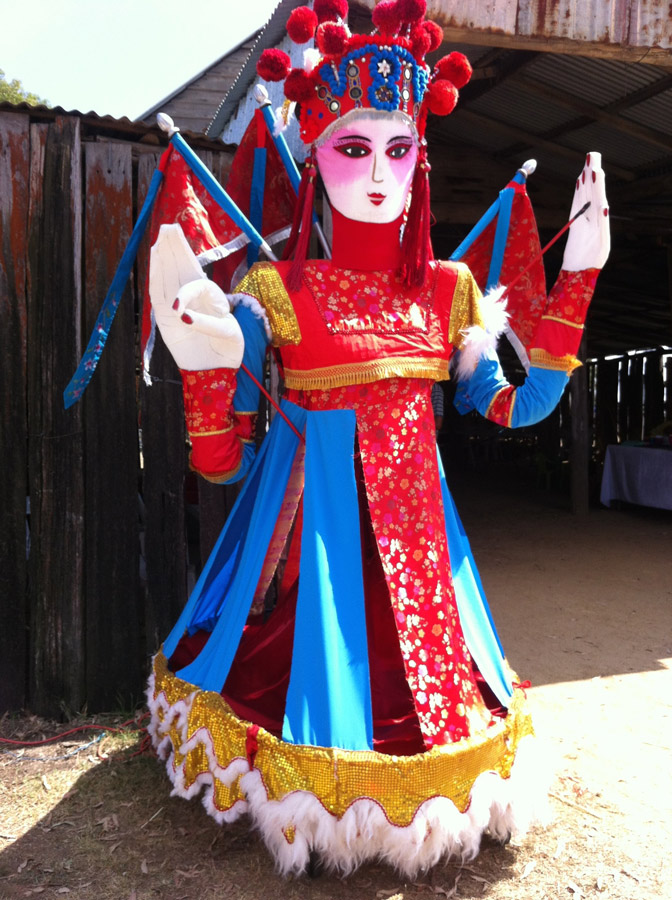 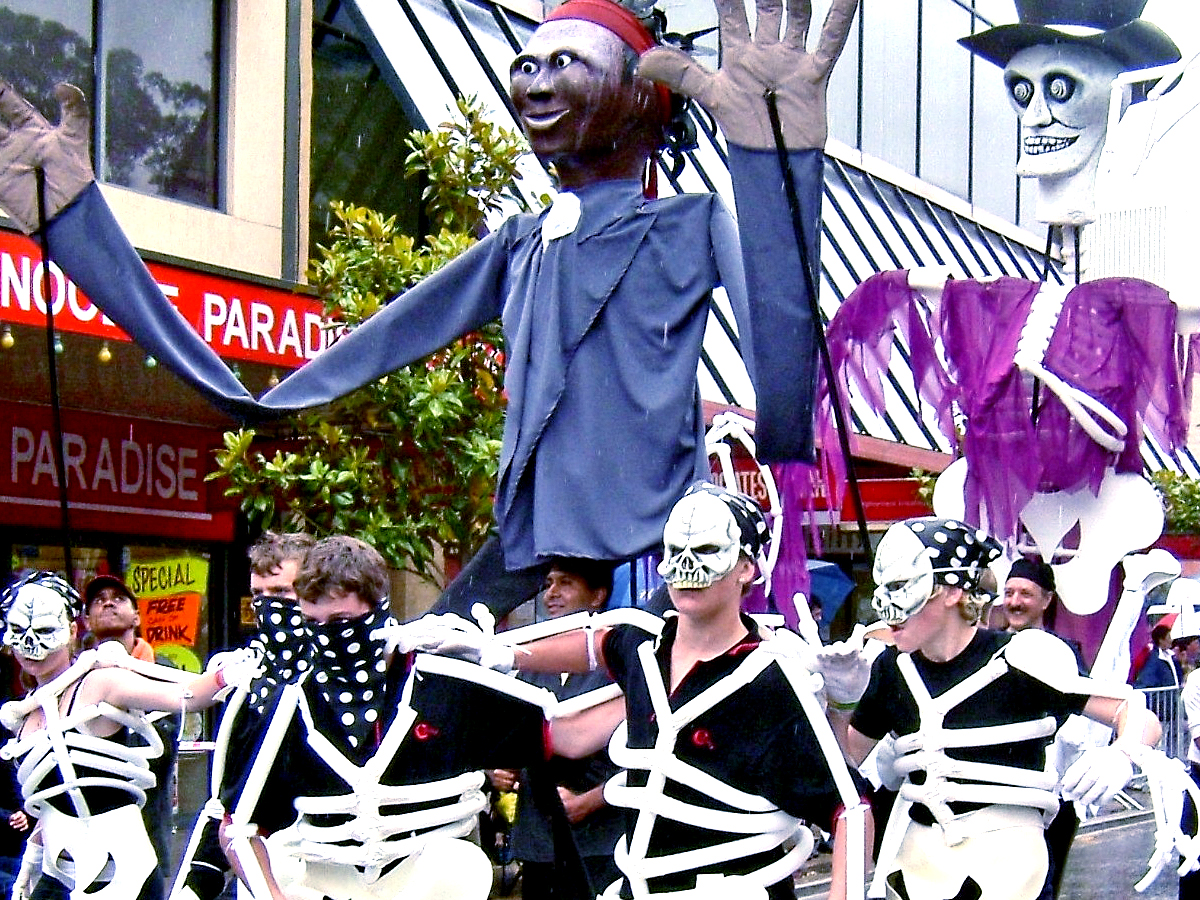